The quantities are incredibly large. Some 6.4 million tons of plastic waste make their way into the world’s oceans every year, according to the United Nations Environment Programme (UNEP). The floating litter includes plastic bags, cups, beverage containers, canisters and caps, torn fishing nets and rope, along with running shoes, toothbrushes and ear swabs. Other estimates say as much as eight million tons of trash pollute the seas per year.
On a more easily understood scale, those numbers translate into a garbage truck dumping a load of plastic waste into the ocean every minute. If nothing is done to counter this trend, we can expect four truckloads per minute by the year 2050. At that point, researchers have said, more debris (per weight) than fish will be swimming in the oceans.

In turmoil over trash 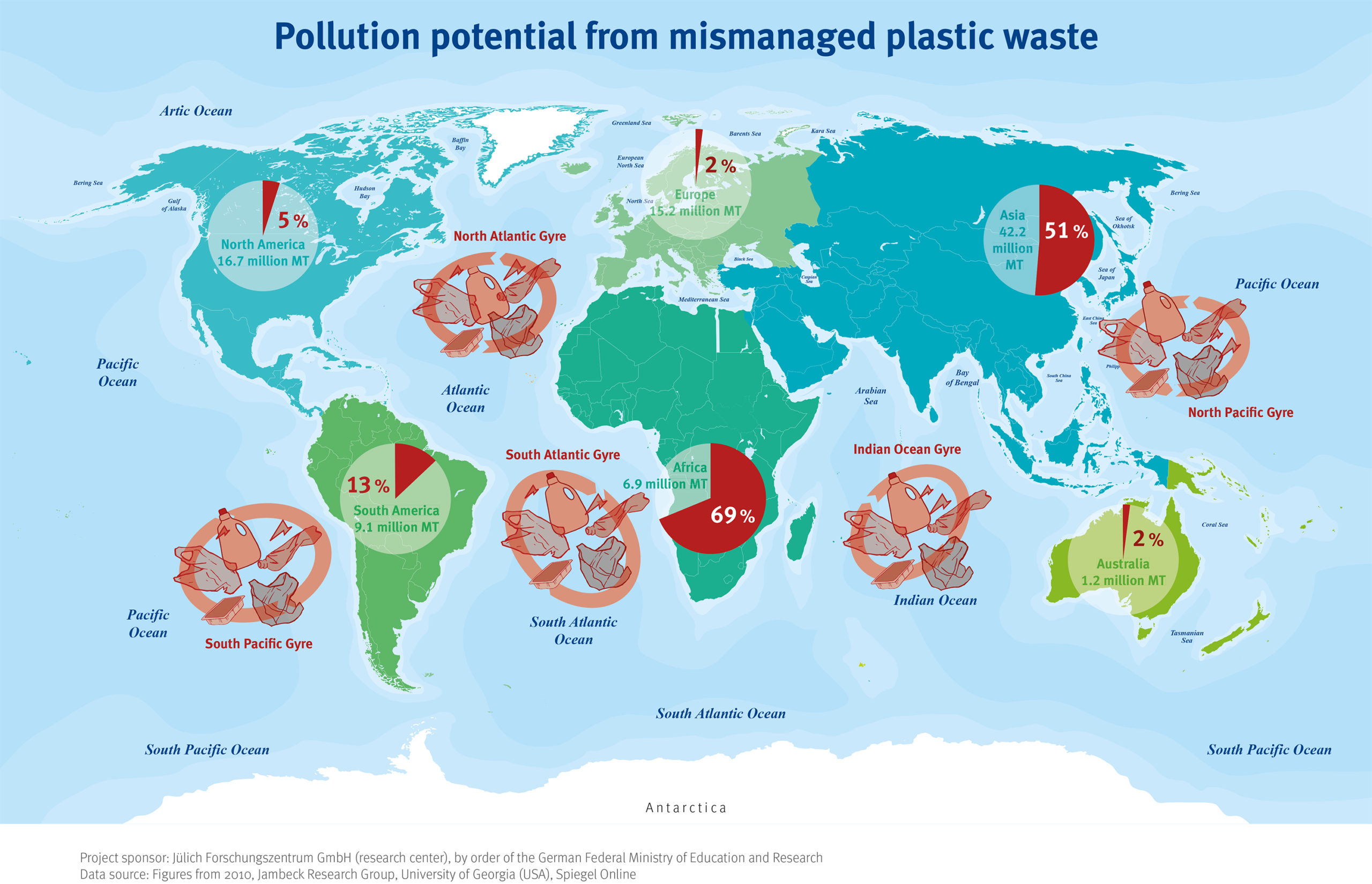 Prevailing winds, waves and ocean currents carry civilization’s trash to the most remote regions of the planet. Plastic washes ashore uninhabited islands and even makes its way to the Artic and Antarctic. The oceans now hold five gigantic whirling masses of marine litter that cover several hundred square kilometers.

The man-made trash gyres have been observed for the past two or three decades and are recognized now as a problem. The UNEP says it is the global community’s responsibility to tackle this global issue by taking serious and effective measures.

We for Recyclates has been pursuing a solution with the Recyclate Initiative since 2012. Genuine recycling of PET and other plastics from the Yellow Bag helps to conserve raw materials, reduce the amount of waste and spare the oceans from packaging trash.

Recycling is an important step toward a solution 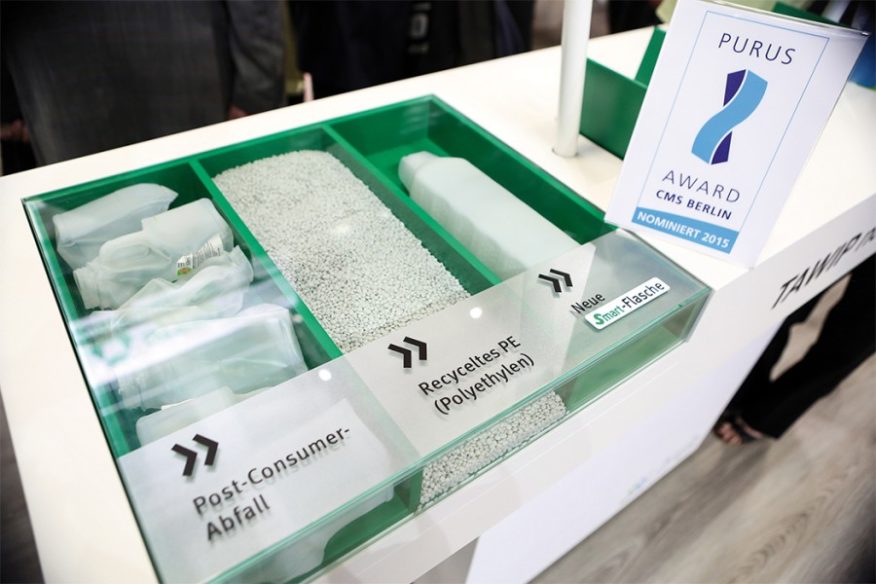 Today no one seriously believes that mankind can live without plastic. It is therefore essential to develop new usage strategies and to prolong the “service life of plastics” through recycling. Only through material recycling will we be able to use and re-use the raw materials contained in plastics in a circular economy instead of using them just once, with an attitude of “here today, gone tomorrow”.

We are convinced that recycling and reusing new plastics in the circular economy will ease the burden on the oceans and the environment much more effectively than continuing the old “one-way use”. The Recyclate Initiative from Werner & Mertz has issued a clear statement of its conviction.

The smallest portion floats on the surface 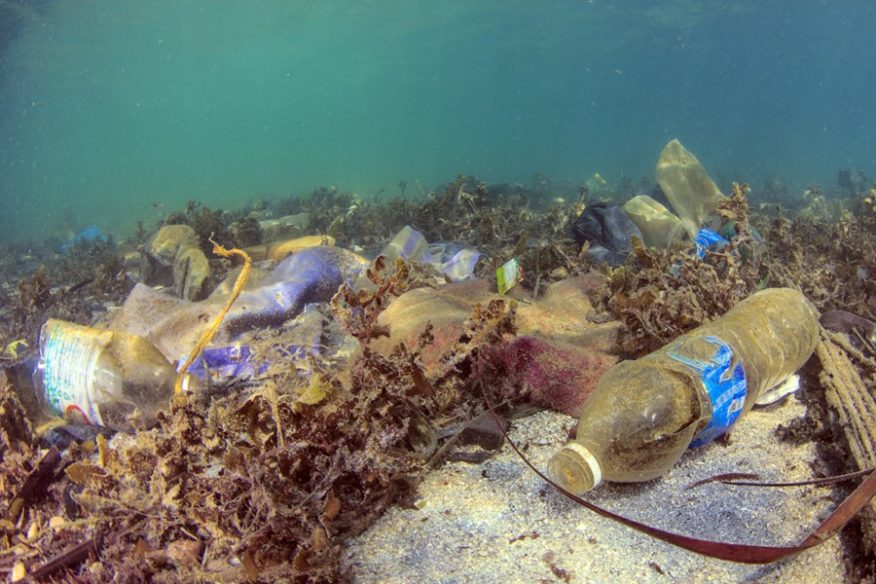 Like an iceberg, only a small part of the litter is visible. About 15% floats on the surface, another 15% dirties the beaches and coastlines and some 70% swims underwater or covers the ocean floor, reefs and deep-sea trenches.

In 2013, according to the German Environment Agency (UBA), 100 to 150 million tons of waste were in the world’s oceans, 60% of which was plastic. Approximately 20,000 tons of waste enter the North Sea annually. 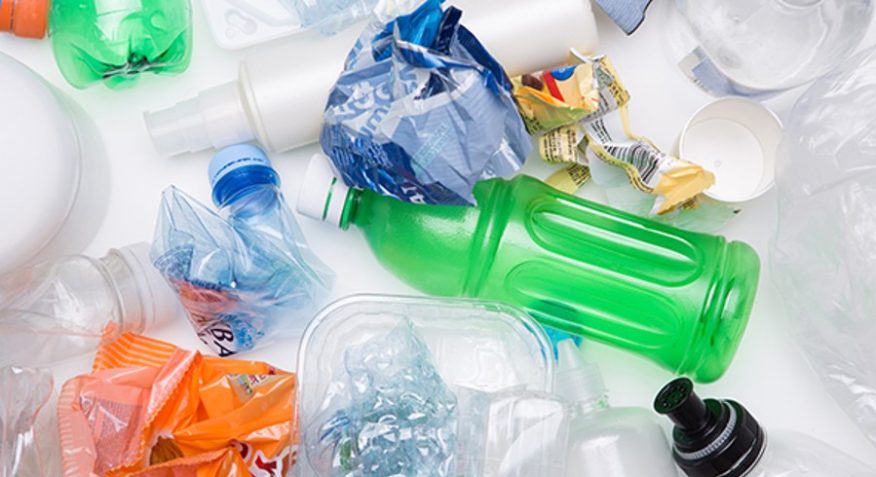 Admittedly, no one can say exactly how many centuries it takes for plastic to decay and decompose as the plastic we know has been around for just 150 years. We do have some forecasts for plastic waste though. It is assumed that plastic can drift in the waters or lie on the floor of the ocean for up to 450 years. Fishing nets made of nylon may take up to 600 years to decompose completely.

Even if the process is faster, chemical substances from plastic materials seep into the ocean, where they do not occur naturally.

Over time the big plastic pieces become brittle from exposure to the sun’s ultraviolet rays and break up in the waves. When they disintegrate into tiny bits the size of a grain of sand, they are called “microplastic”.

Large or small, the waste in the oceans is a major problem for marine life and habitats.

Deadly traps for birds and other wildlife 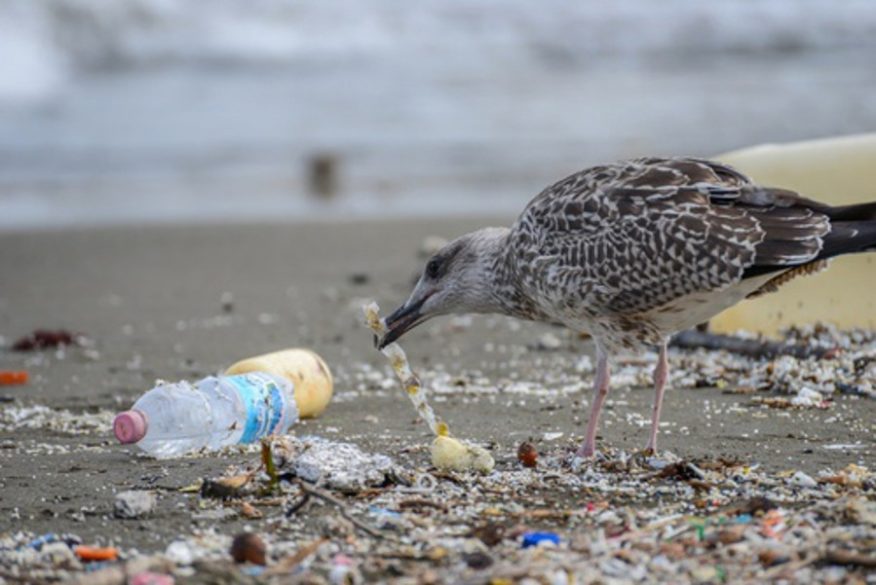 Floating plastic trash is often a death trap. A seal can get its snout caught in a cup, an albatross can get its beak stuck in a plastic ring or a petrel tangled up in an old fishing line. Drifting fishing nets known as “ghost nets” ensnare fish, birds, turtles and marine mammals such as dolphins and seals.

Plastic rings from six-packs, plastic packaging and canisters do not belong in the sea. The negative effects of marine litter have been identified for some 800 species around the world. Among them are many species which are endangered or threatened by extinction, i.e., included on the Red List of Threatened Species. 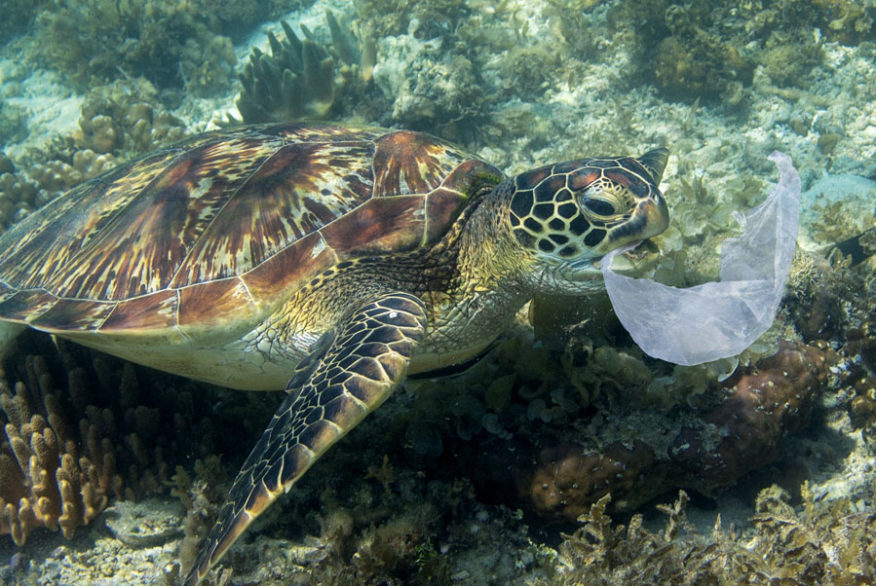 Plastic pieces have been found in the digestive organs of nearly 700 animal species. From very small zooplankton to the largest whales, animals mistake plastic for food. The error is often fatal as the sharp pieces can cause internal injuries.  Because plastic is neither digested nor excreted, it accumulates in organs. Consequently, animals with stomachs full of plastic can starve to death. Zooplankton is a common food for fish and whales. If plankton has ingested microplastic, the fish too take in increasing amounts of the material. If those fish are on our menus, microplastic may land on our plates too. Not a very appetizing thought and certainly not a healthful meal either.